The TMS34020 was the successor of the TMS34010, the first programmable graphics processor chip. It was used in the F-16 as the Advanced Display Processor (ADP)[1]. It was also used for the rendering of perspective flightpath displays and early synthetic vision displays.

The second generation of the ISD Avionics display formats were rendered using the Texas Instruments Graphics Architecture (TIGA) API. The first generation was done on the AMIGA.

The Avionics displays in the late Eighties and early Nineties relied on a so-called hybrid raster-stroke mode. This allowed the primary flight symbology to be rendered in a vector mode while using a limited amount of raster time to fill-in surfaces such as the artificial horizon. Since access to these displays was difficult and development environments often proprietary, this limited the possibility for development and flight testing of new concepts by third parties. In 1990, PC graphics still lacked the capability to render real-time raster graphics with sufficient resolution and colors to emulate an Avionics Primary Flight Display (PFD). Graphics workstations such as those from SGI did have the capability, but both because of their cost and Size, Weight and Power constraints the use of PC-based hardware with a dedicated graphics processor was deemed a better alternative. In 1990, a system based on the Intel 386 and a TI TMS34020 Software Development Board was selected. This allowed an architecture that was quite similar to those in Avionics displays. In one of the actual EFIS systems an 80186 served as the processor that used data from the ARINC bus to generate a sequence of graphics instructions that were serialized over a dedicated bus to the display computer (using a Z8000), which controlled the generation of the vector and raster graphics.

Similarly, the TMS34020 board served as a dedicated computer executing a display list that is generated by the host[2] (in our case the 80386 system). More advanced setups developed by Primary Image Ltd used a daughter board with additional memory and 4 Hitachi Hi-Speed Shading processor for rendering Gouraud-shaded polygons (the Stride graphics card).

For the initial (1994) DELPHINS Synthetic Vision System (SVS) displays, the Primage Image Stride board was used.

A picture of the main board (developed by Primary Image) is below. It had 8MB of DRAM, 3MB of VRAM and a TMS34082 coprocessor. A double-buffered 8-bit framebuffer for a resolution up to 1280x1024 was supported. 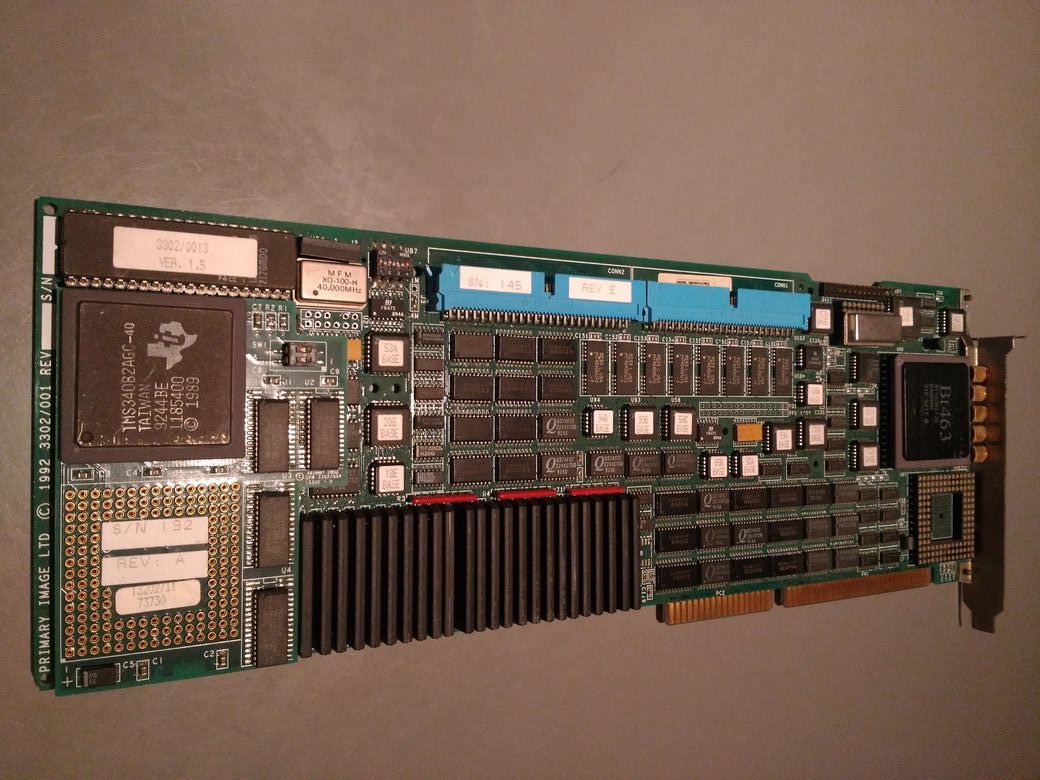 Below is a picture of the twin-board configuration 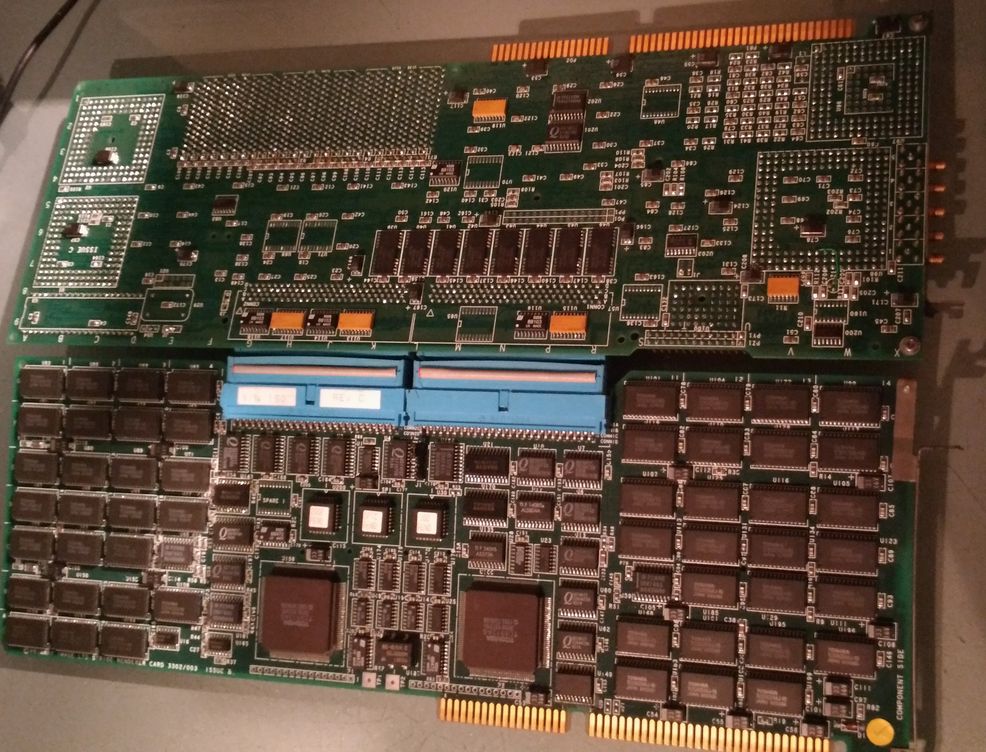 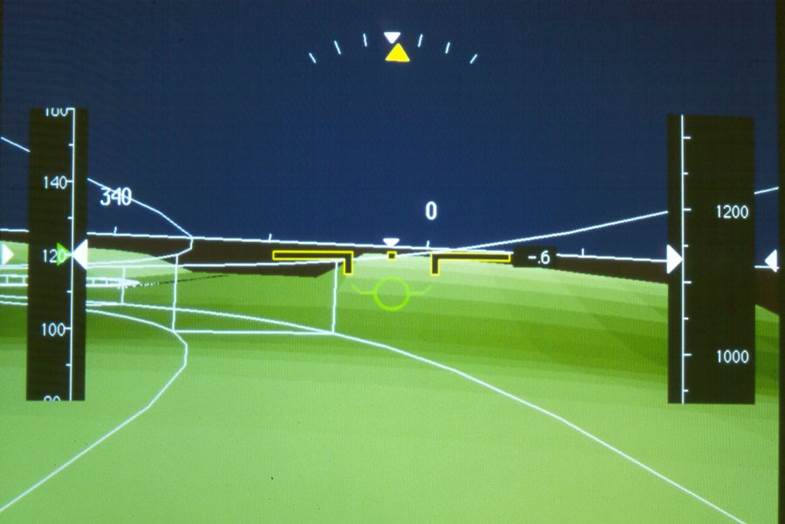 The very first perspective flightpath display generated with a TMS34020 is pictured below (1991). This was on a TI Software Development Board (SDB). Note that in 1991 we did not have such nice LCD’s. The picture was taken at a later moment when running the original executable from 1991. 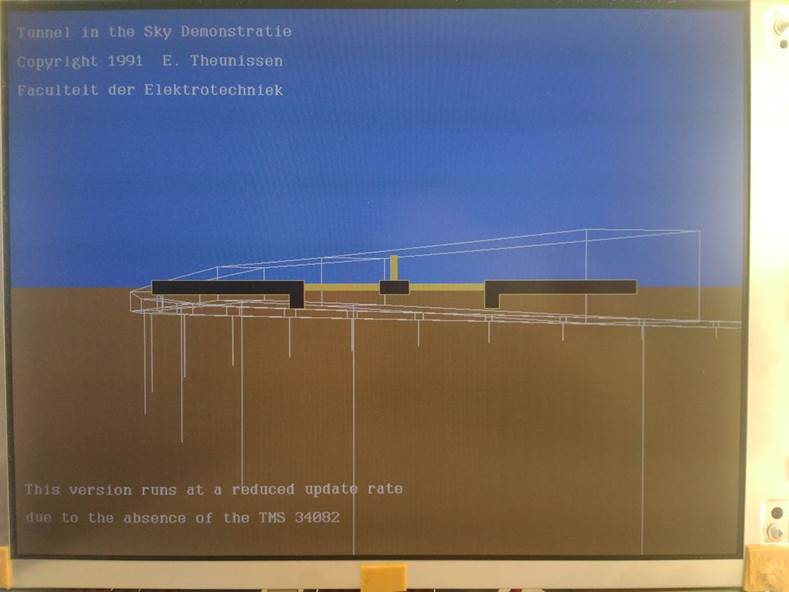 On December 19 (1994), a setup with the TMS34020 chipset was used to perform the first actual flighttest with the DELPHINS Tunnel-in-the-Sky display at Aberdeen airport. On December 20, several approaches to an altitude of 200 ft were 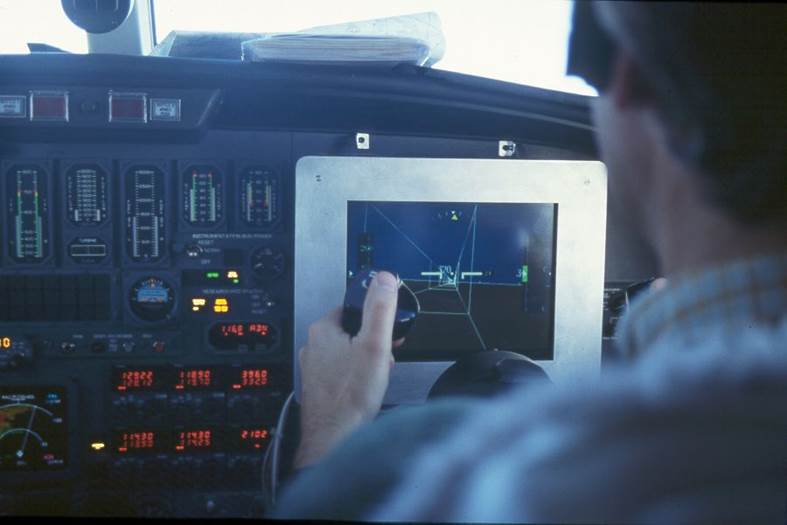 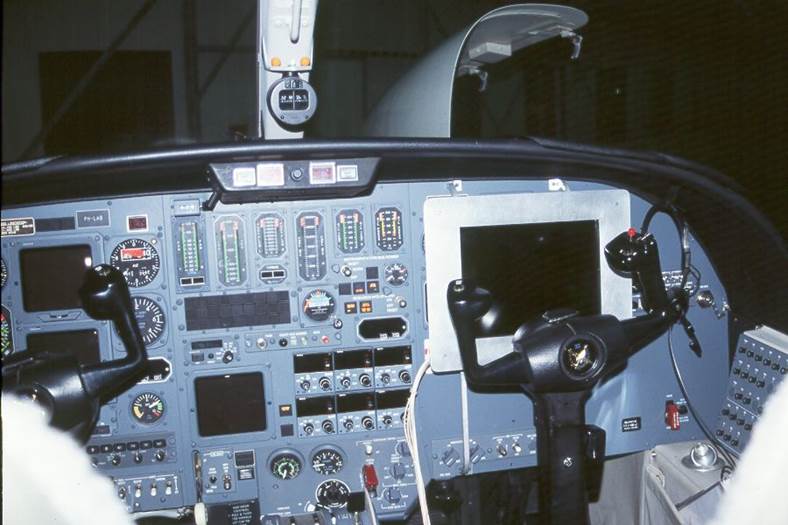 Final software testing in a hangar at Schiphol airport in the Netherlands, December 1994. 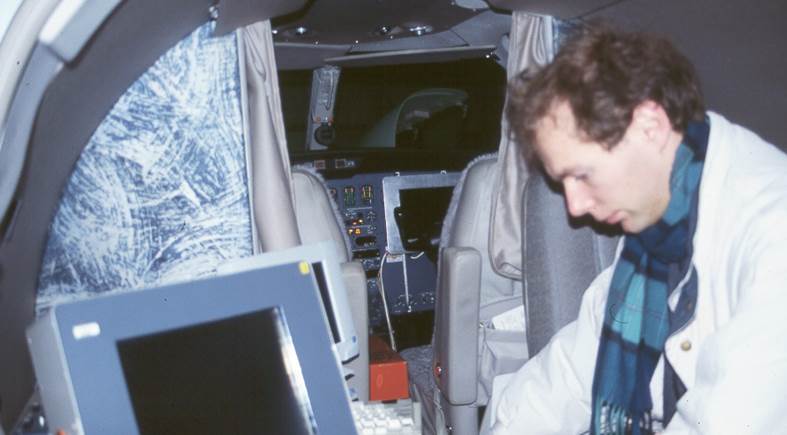 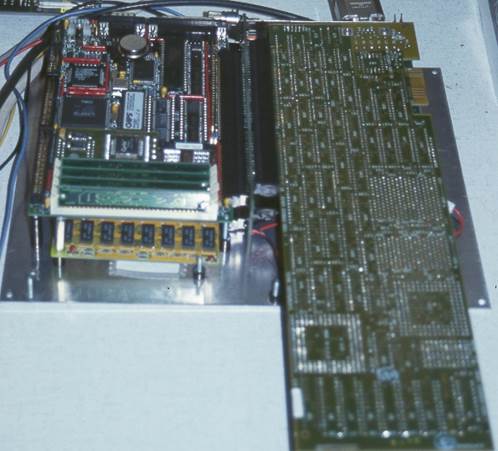 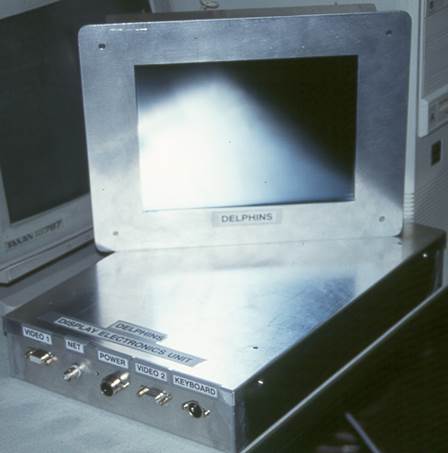 If you want to play with the TMS34082, here is some software

[2] This idea was proposed by my friend Tycho in 1991, resulting in the *hostbuf++= instruction that is the core of the display list generation in D3S, up to today (2021)